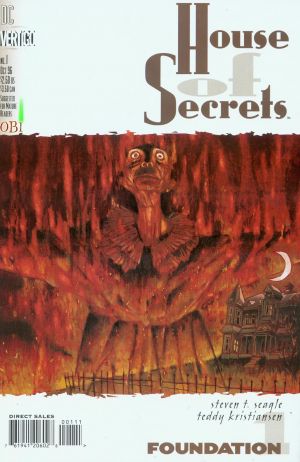 Vertigo series from writer Steven T. Seagle and artist Teddy Kristiansen reinventing The House of Secrets concept as a haunted house occupied by ghosts known as the Juris who create trials and punish those who keep secrets. A teenage runaway named Rain Harper stumbles upon this house and enters the mansion, and is unwillingly made a judge herself. The series ran for 25 issues plus the special two-part House of Secrets: Facade mini-series. Although the series was allowed the use of the name "House of Secrets", it was a creator owned series and had no apparent connection to the DC/Vertigo universe.